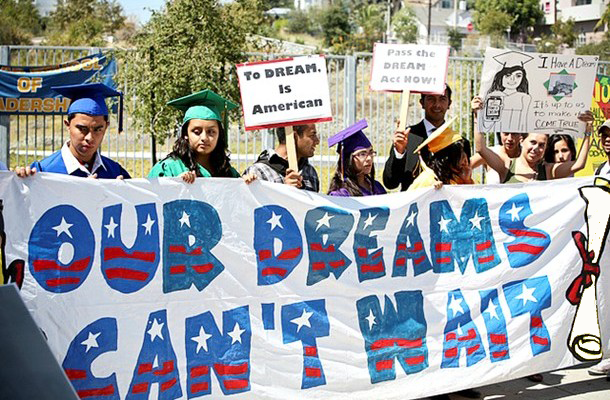 According to the recent reports revealed, nearly two dozen of major companies in technology and other industries are planning to launch a coalition to demand legislation that would allow immigrant ‘Dreamers’ a path for permanent residency.

Going in detail, the Coalition for the American Dream intends to ask Congress to pass bipartisan legislation this year (2017) that would allow these immigrants, often referred to as “Dreamers,” to continue working in the United States.

It’s being heard that Amazon, Intel, Uber and Univision Communications Inc. confirmed their membership, other companies are yet to join the path.

The push for this legislation originates after President Donald Trump’s decision in September to allow the Deferred Action for Childhood Arrivals (DACA) program to expire in March. That program, established by former President Barack Obama in 2012, allows approximately 900,000 illegal immigrants to obtain work permits.

Around 800 companies signed a letter to Congressional leaders after Trump’s decision, calling for legislation protecting Dreamers. That effort was spearheaded by a pro-immigration reform group called FWD.us, which was co-founded by Facebook Chief Executive, Mark Zuckerberg in 2013. Many of the companies that endorsed that letter are named as joining the new coalition.

One of the coalition documents shared by the group states that, Dreamers are not just the part of our society, but they also defend our country and support our economy.

Nevertheless, the immigration policies are already toughened so ‘Dreamers’ got to wait for it on, how this new coalition is going to result.